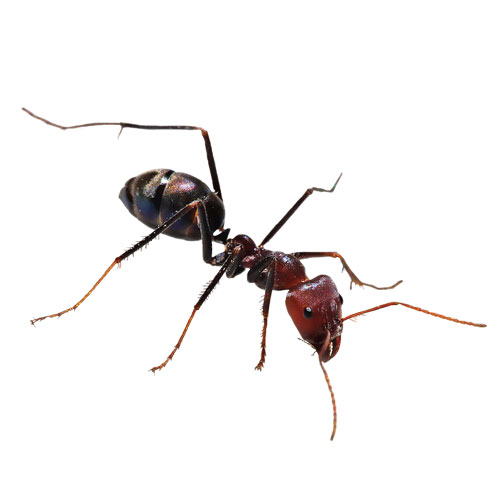 Ant, common name for members of a family of about 11,000 species of insects that live in highly organized societies called colonies. Ant colonies have elaborate social structures in which the various activities necessary for the feeding, shelter, and reproduction of the colony are divided among specially adapted individuals.

A number of ants have become pests, particularly those that have been accidentally transported outside of their natural range. The most commonly found ants in New York City are:

Pavement ants: small brown ones found out on your front porch or sidewalks, usually swarming over a piece of candy.

Carpenter ants, native to North America, live in timber instead of soil. Once inside a human home, they make their nests within wooden structures, which they hollow out with their sharp mandibles. They can be just as damaging as termites.

Pharaoh ants, 2mm in length are orange brown in color and love to invade your pantry. Do not attempt to spray them with any type of store bought chemical or house hold detergent; this will makes matters worse. Pesticides will alarm the colony, causing them to split off into several separate colonies, each with their own queen — taking their brood with them.