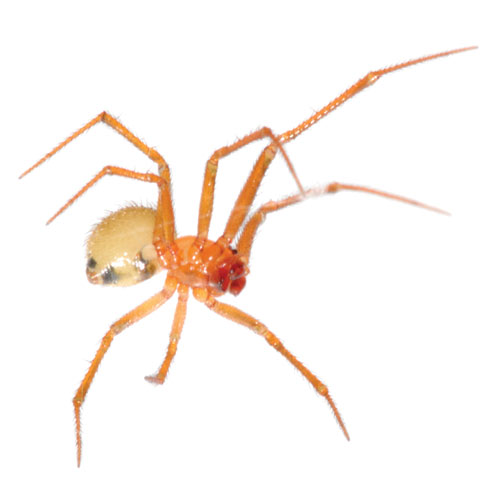 Spiders suffer an unsavory reputation, perhaps because of their appearance, their tendency to lurk in dark places or dangle ominously from a thread, and a gross exaggeration of their ability to poison humans. Some people are absolutely terrified at the mere sight of a spider, a condition known as arachnophobia.

Although all spiders have poison glands that they use for defense and to kill or paralyze prey, only approximately 30 of about 40,000 spider species produce venom that can cause serious illness in humans. Humans are more likely to be harmed by bee or wasp stings than by the relatively few spider species that can inflict a harmful bite.

Some of the spiders most dangerous to humans are the black widow spider, the brown recluse spider, the Australian funnelweb spider, and the South American hunting spider. Bites from these spiders can be fatal to humans without proper treatment. For instance, the bite of a black widow spider causes severe pain that may last for days. If not treated properly with an injection of calcium and a specific antivenin, a person may take weeks to recover, and in rare cases the bite may result in death.

Most spiders that are poisonous to humans prefer to avoid human contact and only bite when they feel threatened. The South American hunting spider is an exception—it is quite aggressive. Its bite is very painful, but it is rarely deadly for humans, most likely because the spider uses only a small amount of venom when it bites.

Although spiders pose minimal danger to humans, human activity seriously threatens some spider species. Such activities include habitat destruction, in which forestlands are destroyed for agriculture or for building homes and business developments. The widespread use of pesticides in agriculture targets specific insect pests but also kills harmless spiders and their insect prey. Certain spider species have been listed on the Red List of Threatened Species compiled by the World Conservation Union (IUCN), a nongovernmental organization that compiles global information on endangered species. Certain tarantulas, threatened by the pet trade, have been protected by the Convention on International Trade in Endangered Species (CITES), which prevents or limits the international trade in threatened plants and animals.

Protecting spiders is necessary because they play a critical role in the environment as aggressive predators of insects. Studies estimate that each year spiders consume as much as 100 kg (220 lb) of insects per 1 hectare (2.5 acres) of land. Such efficient predators would normally make good candidates for use in the biological control of insect pests in agriculture. However, most spiders are not particular about the type of insects that they eat—they consumeinsects that are harmful to agricultural crops as well as those that are beneficial. As a result of their inability to target a specific harmful insect species, spiders are of limited use in pest control.

Spiders may one day be used as an alternate source of silk. Over the past 200 years scientists have studied the properties of spider silk in order to develop ways to mass-produce these fibers for use in fabrics and other textiles. These efforts have been stymied by the cumbersome and costly process of drawing out individual silk threads from spiders. More recently, scientists have been working to identify and isolate a silk gene in spiders in order to duplicate a silk thread with the exceptional strength and elasticity of spider silk.